A Beginner’s Guide to Memes

A meme is worth a thousand words.

A good meme is better than a long speech.

The soul never thinks without a meme.

To be fair though, that’s precisely what a meme does. It grabs hold of a pop culture reference, appropriates it, and then hitchhikes across cyberspace through imitation of the original. 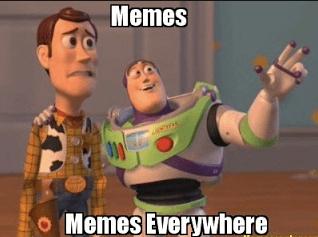 Whether you love or hate to see them, it’s safe to say that internet memes aren’t going to wane in popularity anytime soon. And while most memes actually have a short lifespan online, some are even recognizable to audiences who don’t fully understand what a meme is to begin with. There’s the “Keep Calm” series which has been used in just about every context, and the endless variations of “Netflix and Chill”. Familiar with either of those? Well, those are memes.

What is a Meme and How to Make One?

Let’s start off with the pronunciation. We’re not here to judge you if you’ve been saying ‘me-me’ this entire time; however, we will warn you that there are a few Gen Zs out there who most certainly will.

It’s pronounced ‘meem’ (rhymes with ‘seem’). Again, no judgement here, so do with that information what you will.

So, now you might (reasonably) ask, “What is the criteria for a meme to be classified as a meme?”

Well… there’s some good news and some bad news on this front.

The bad news: There’s kinda, sorta no actual requirements that we can nail down when it comes to internet memes at this time.

Now for the good news: There’s kinda, sorta no real requirements that we can nail down when it comes to internet memes at this time.

A meme that’s easy to identify is an image with text on it – usually in bold uppercase font. Those are called “image macros” (like the Toy Story meme above), but it can be an image, a GIF, a video, words and phrases, or simply the original idea but with a new caption.

Ultimately, there’s an indeterminate amount of varied, altered, and evolving digital content that is easily shareable across the internet – referred to as memes. It’s the context and relevance to the audience itself that plays a large role in understanding the meaning of any given meme out there. 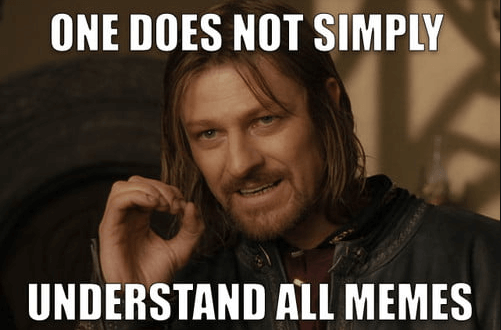 And if that wasn’t quite opaque enough of a definition, memes generally have a universality to them for humorous effect but there are also nonsensical and surrealist themes that are widely popular in modern memes (so don’t feel defeated if some memes leave you questioning which reality you’ve been living in).

The Scientific Rationale Behind Communicating With Memes

Why Memes Are Something You Should Consider Using

One of the biggest benefits of using memes is that they have a low barrier entry in terms of achieving your content marketing objectives. If you’re in on the conversation and social media literate, you’ll fit right in and look like you belong. Sure, if your brand is overly polished, then memes might not be a good fit for you. But if you’ve dismissed memes and GIFs simply because it feels awkward or intimidating to get started, think about your audience and whether they truly wouldn’t enjoy consuming that type of content.

Because, at the end of the day, memes are low-cost, unconventional and creative – all the elements necessary for a successful guerrilla marketing strategy. Guerrilla marketing works on the unconscious mind for purchasing decisions, so the messaging is designed to create buzz and create repetition through sharable content. There’s always the potential for your content to go viral on social media, but the goal is to create and share timely memes that you know your audience will find relevant, understand and enjoy.

Don’t mistake memes for easy and effortless success in content marketing – because there’s a bit of a fine line here. By simply replicating a meme, that can leave your brand looking out of touch with your audience, or like you’re just trying too hard – which is probably the exact scenario you’re trying to avoid by avoiding memes altogether.

Inauthenticity combined with lacking in originality is the fastest way to kill off your meme dream.

But sometimes a meme fails because it’s simply a terrible joke that falls flat. The biggest indication of this happening is low engagement, of course. Don’t just give up after one attempt, though. Keep trying and testing until you find your – dare I say it – groove.

You should also follow accounts that execute this well to get a better feel for it. Seeing memes in action definitely helps beginners better contextualise their format. Salesforce is a great example of a company that gets memes right. Take a look at this perfectly executed meme recently posted to their Instagram account, in time for Thanksgiving dinner: 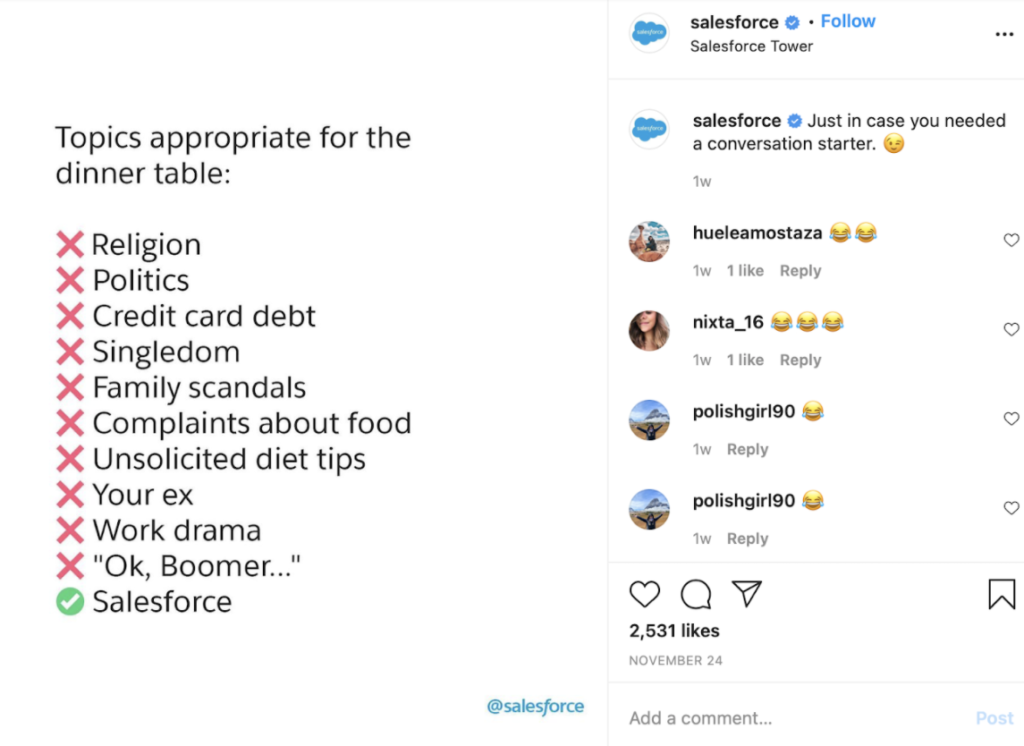 It’s an original take on a trending meme. The visuals are kept to a minimal (and the text-heavy list adds to the humor, as it’s clearly a long list of topics to avoid) and they’ve also posted it with a good caption for further context. The design is appealing as it’s clear and the branding is unobtrusive in the bottom right corner. Plus the content is relatable in the current climate and the post is very timely. Overall, we as viewers can even see the post is successful because the audience is interacting by liking, sharing, and positively commenting on the post – driving engagement and brand awareness.

There’s no criteria for a successful meme, but if you’re pretty up-to-date on pop culture and events, then there’s two key elements that can only help:

Twitter is overall a great platform for memes, given the character limit. You’ll quickly find that a meme has to be timely in its delivery to get it right, like the Salesforce one above, so be ready to spot and snap up the opportunity for a meme! 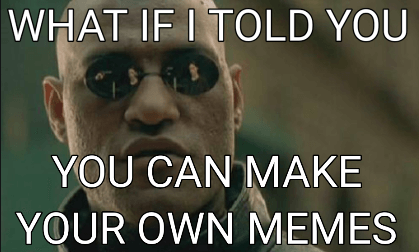 Yeah, that’s right. We’re looking at you! You can create your very own meme.

And here are some free tools for you to do so:

When in doubt, send your meme to a couple of people for some quick feedback before sharing with your audience. Just keep in mind that the purpose is humor, with the added benefit of inexpensive marketing and brand awareness. Just have fun with it and you’ll soon find yourself forgetting how to use all other forms of communication. 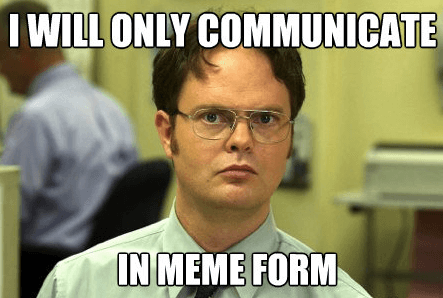 Even with what you might consider to be undeniably funny content, for the sake of your brand it’s pretty important to understand your intended audience – especially when it comes to memes and GIFs. Keep track of trends, always consider the relevance of your content, and don’t skip over adding originality to popular memes. Worst case, you give it a go and it doesn’t work out – then it will soon get lost in the stream of endless content online or you can just delete it!

In conclusion, there aren’t exactly rules for beginners when it comes to memes for marketers… but a bit of common sense will put you in good standing.

What Is Sales Funnel Analytics? [And How To Effectively Use It]

How To Build An Effective Sales Funnel For Affiliate Marketing

How To Structure An Elevator Pitch That Works Like Crazy

No Result
View All Result